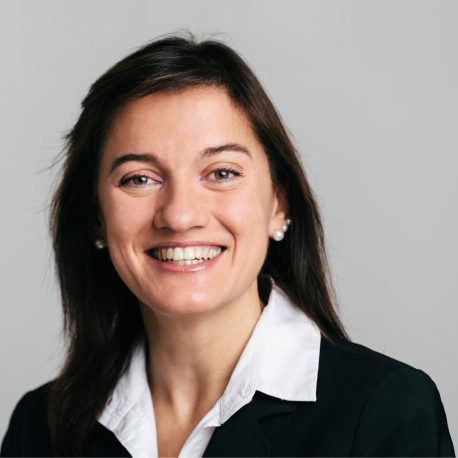 Director of the Bachelor in Information Systems Management, IE University |

Teresa has over 23 years of professional experience leading global teams in the area of information technology in three of the largest telecommunications companies worldwide: British Telecom, Vodafone and Telefónica.

She began his professional career in basic research with British Telecom in the United Kingdom. Subsequently she worked in the deployment of fixed and mobile telephony networks and in the 3G auction in Germany. She collaborated in the creation and market access of O2, and coordinated the IT departments of its European subsidiaries.

At Vodafone, she successfully led the mobile health program (eHealth) worldwide. She was responsible for global technical careers and led innovation and creativity workshops around the world at Infineon, a chip and semiconductor company. Then, he took charge of the areas of program management, pre-sales and marketing in a start-up.

He was responsible for the deployment of IT services, first for Telefónica Germany and later for Telefónica Digital globally.
In parallel, she founded her own company and began working as a consultant in technology and digital transformation and leadership training and coaching.
She currently combines her work as a consultant in digital transformation, agile companies and digital leadership with the director of the Innovation and Technology program at IE University.

Having lived long years in Germany and the United Kingdom, he speaks fluent Spanish, English and German and feels as at home in German and British as in Spanish culture.